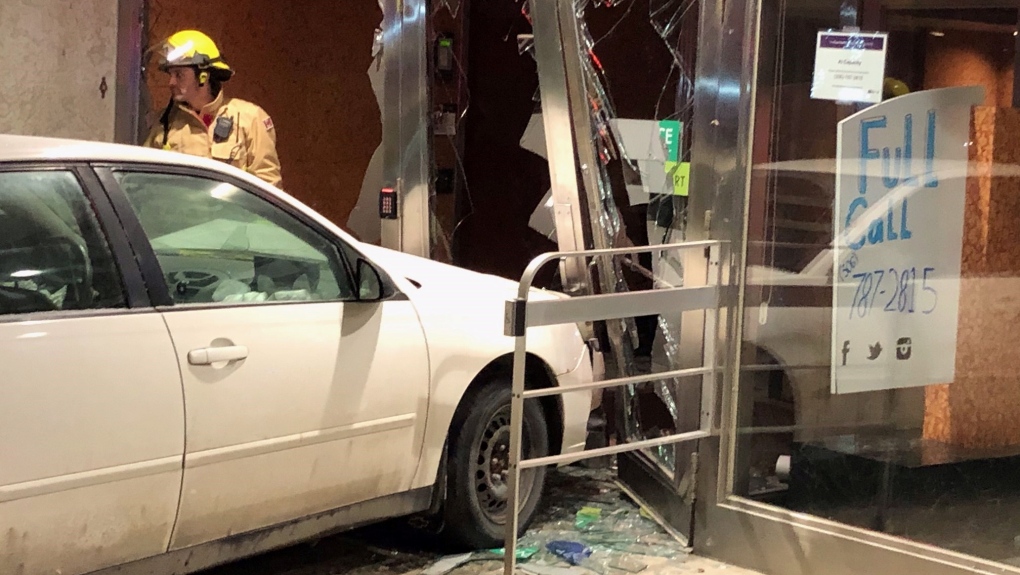 REGINA -- Regina police and firefighters were on scene at the Royal Saskatchewan Museum after a car rammed into the front doors.

According to the Regina Police Service it happened around 7:15 p.m. when the car heading south on Albert St. made an eastbound turn into the RSM parking lot, continuing up the lane before crashing into the south doors, causing significant damage to both the entryway and the vehicle.

Police found a man inside the museum with minor injuries. He was taken to Regina General Hospital to be assessed.

Police anticipate charges will be laid pending the result of an investigation.

The museum was closed at the time of the incident.

"Due to quick action from the Regina City Police, the sole intruder was apprehended and no one was injured," the RSM said in a news release.

At 7 p.m. last night a vehicle crashed into the south entrance of the RSM. Due to quick action from the Regina City Police, the sole intruder was apprehended and no one was injured. We aim to open for our regular hours this Friday at 10 a.m., continue following us for updates. pic.twitter.com/WKIDHaBysi