REGINA -- After running through the tunnel under the Albert Memorial Bridge regularly, Jeffery Straker thought it would be great to see art in the space instead of graffiti.

"I've often thought, wouldn't it be great to run through this tunnel – which is pretty drab and dreary looking – what if this was a gallery?” Straker said. “What if this had incredible visuals and instead of being a tunnel that you kind of want to shuffle through really quickly, what if you wanted to pause and actually look at it." 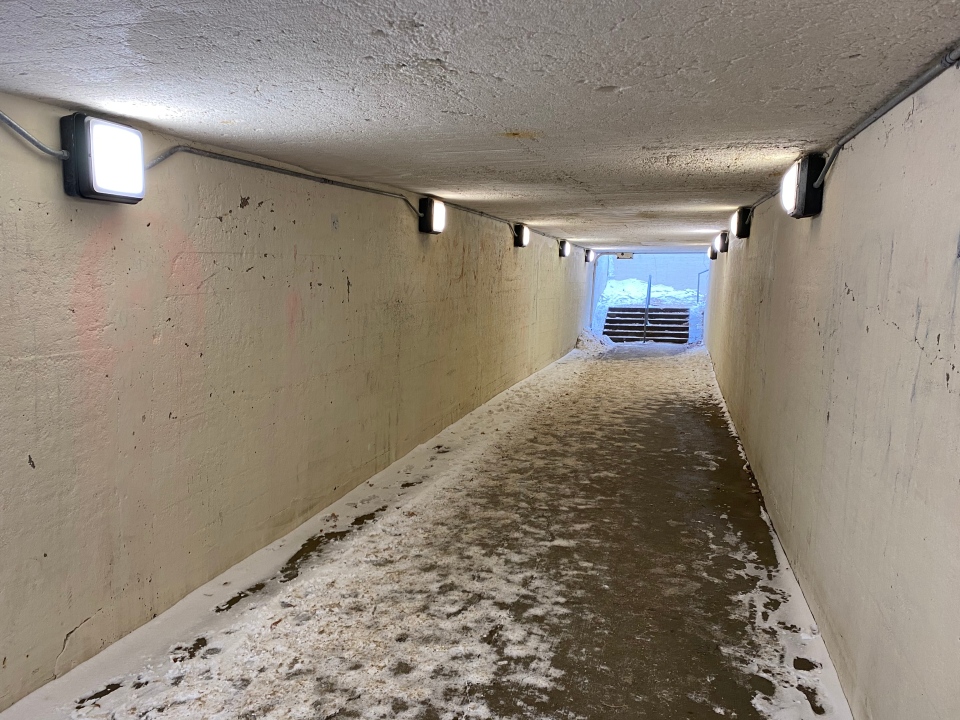 Straker said in his more than 10 years of regularly running four times a week, he has passed through the tunnel at least 2,000 times. He said he often sees new graffiti on the walls of the tunnel, which city crews have to paint over. According to the City of Regina, there were 12 reports of graffiti in the tunnel last year.

"That's an awful lot of energy going to cover up this graffiti," Straker said. "Why don't we consider taking the money that it takes to continuously clean it and put it into painting this really nicely. Because there's a principle in the graffiti world that if there's art there, it's way less likely to get graffiti."

Straker took to social media in December to campaign for local artists to paint the space.

Test Test can someone help me float this idea over to new Mayor of Regina, Sandra Masters?! I think I'm onto something...

Straker said Ward 3 Councillor Andrew Stevens got in touch with him about the project.

"The city and the Cathedral Area Community Association approved this idea in principle, which is the first step that had to happen," Straker said. "Then the next step was to find a sponsor to make this thing happen right, because it's going to take some logistics and some money. Thankfully the Cathedral Village Arts Festival was totally on board."

The Cathedral Village Arts Festival committee held a virtual meeting on Monday evening. It said it's still in the very early stages of planning, but there is a lot of excitement around this art project in the tunnel.

The committee said right now it is focused on securing funding for the project. Once funding is secured, it can then focus on the size and scope of this art project.

The Cathedral Village Arts Festival said there are a number of factors that will dictate when the project is finished.

"We've got to do a little bit of digging to figure out how to fund something like this," Brown said.

“[We want] to make it a bit of a destination or something that people talk about, rather than just a dark tunnel."