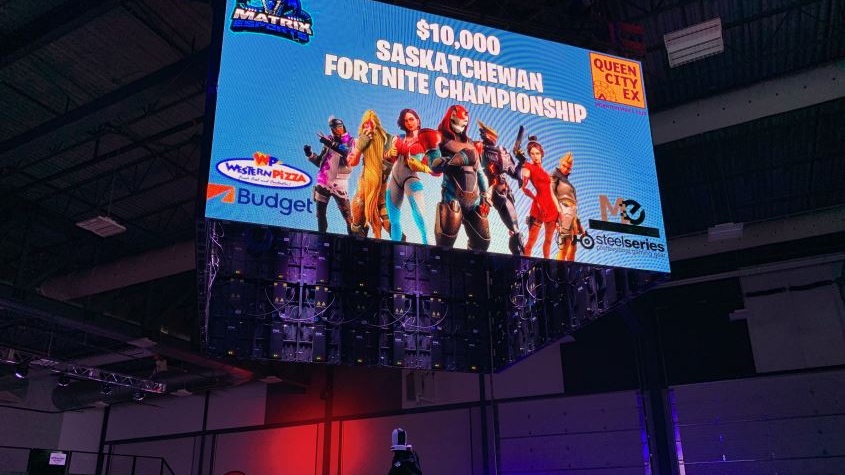 It wasn’t long ago gamers weren’t part of the mainstream, but they’re taking centre stage at this year’s Queen City Ex with the Saskatchewan Fortnite Championship.

“It’s the biggest Fortnite tournament ever in – not only Saskatchewan – but all of Canada,” said Mark Lloyd, Owner of the Matrix and Organizer of the tournament.

Fortnite is the most popular game in the world with more than 250-million players and its shown this week in Regina, as nearly 500 competitors of all ages streamed into the International Trade Centre for the tournament.

There’s $10,000 in prizes up for grabs, as well as bragging rights as the best Fortnite player in the province.

At the recent World Championship, 16-year-old Kyle Giersdorf took home a $3-million cheque out of a $30-million purse.

ESports has grown into a billion dollar a year industry and continues to grow each year.

Just like young hockey or football players, Saskatchewan gamers are hoping one day that they too can make it to the professional ranks.

“I’d love to do it as a career, to be honest, but it’s pretty hard to do it, especially from around here, there’s not that good of internet to compete with other people,” said Hunter Saip, a competitor in the Fortnite tournament.

“Hopefully I can be at the World Cup next year.”

The gaming action continues into the weekend with the SKL Smashfest 5 and another $10,000 in prizes on the line.