Masters pledges to review how Regina taxes are being spent, develop anti-poverty strategy 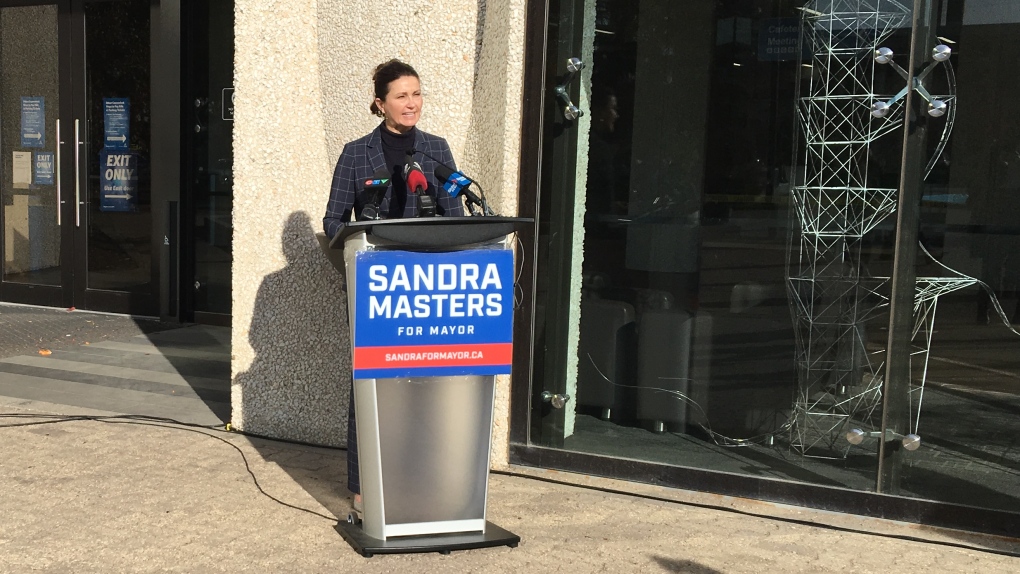 Masters said her plan is ambitious and, if elected mayor, she promises to create an anti-poverty strategy within one year.

Masters plans to increase accountability for city operations, pledging to review how tax dollars are being spent.

Masters said if elected she would conduct an efficiency review within the first six months.

“The question is, do you, as a taxpayer, feel that your services have increased or improved by 36 per cent?” she said.

Masters said there is no plan to address the city’s $1 billion infrastructure deficit, adding that tax increases haven’t contributed to progress.

“There must be accountability for city operations and where tax dollars are being spent,” she said.

Masters said she plans to support the Regina Police Service and make sure they are funded.

She said she wants to develop a policing strategy that involves harm reduction and community relations.

She wants to create an anti-poverty strategy within one year, ensure firefighters are funded, attract investment to downtown, and enforce bylaws.

Masters wants to attract investment to the city, particularly from the agri-food and technology sectors, as well as explore biofuel and renewable energy opportunities.

She said she would eliminate the 29 per cent intensification levy, which she said is burdensome for renewal.

Masters said she wants to increase understanding and respect towards Indigenous peoples and culture in Regina.

She said she wants to implement an Indigenous procurement strategy for city hall, and will encourage other businesses to do the same.

She wants to create opportunities for Indigenous investment and work with organizations that represent underrepresented communities.

Masters said she will be a leader and work to build relationships with the city.

She said she plans to unite council, focus on priorities, welcome collaboration, be a voice for Regina and hold City Hall accountable.