Layne Johnson, 16, said all three members of their household tested positive for the African variant of COVID-19 earlier in May.

“We woke up on a Thursday morning and we all had really bad symptoms so we all decided to go get tested. We all came back positive,” Johnson said.

He said for himself and his brother Ethan, 14, the symptoms were similar to a very bad flu. But their father, Dean, experienced it much worse. Johnson said he was coughing up blood and having difficulty breathing.

“I believe it was three days in and he was gasping for air and it was literally choking the life out of him,” he said.

That’s when Johnson called the ambulance for his dad. He said Dean was put on a ventilator and transferred by air ambulance to the Regina General Hospital. He was admitted to the ICU.

“He was in the ICU for one full week before he passed away,” Johnson said. Dean was 45 when he died on Thursday, May 13.

Layne, Ethan and their grandmother were able to be with him in his final moments that morning.

“I would never want to hear about another 16-year-old boy watching his father die in front of him,” Johnson said. “The last week, honestly, has felt surreal. I’m still trying to cope with the reality that this actually happening.”

He’s sharing his story to remind others that although things are slowly starting to open up again, COVID-19 should still be taken seriously and the rules should still be followed.

“Take me for an example and what I’m going through. I don’t have a father anymore because of this,” Johnson said. “The parties and everything, they’ll be back soon, but we can wait. The last thing I want to see is more older people, people’s parents and at-risk people dying from COVID.”

Johnson said he’ll remember Dean as a loving father who always pushed him to do his best.

“He loved us more than anyone in the world,” he said. “He cared for us all by himself all while being disabled and injured.”

A friend of Layne’s has launched a GoFundMe page to help the brothers moving forward.

Dean had previous health complications due to first degree burns on his legs. Johnson said he was always in a battle with his health.

“These are the people that we have to protect because when they get it, they can’t fight it off,” Johnson said.

Layne and Ethan will now be living with their grandparents who are also in Moose Jaw. Over the next few months, Layne will be deciding where he wants to go to university to play football - a sport he and his father shared a passion for. 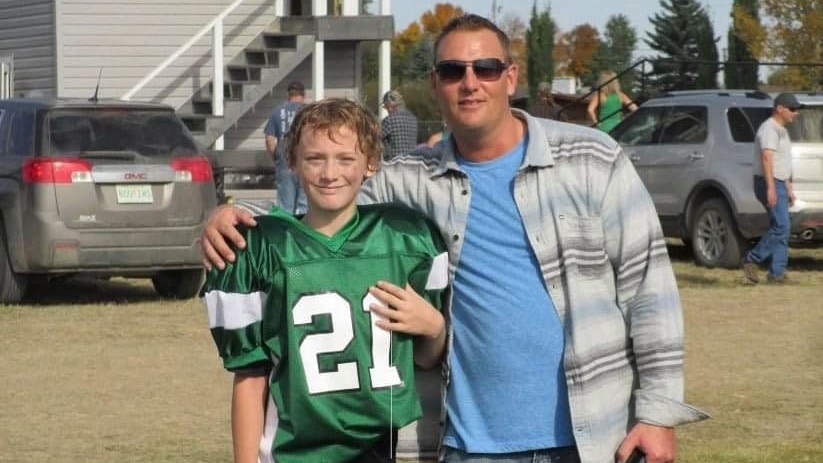