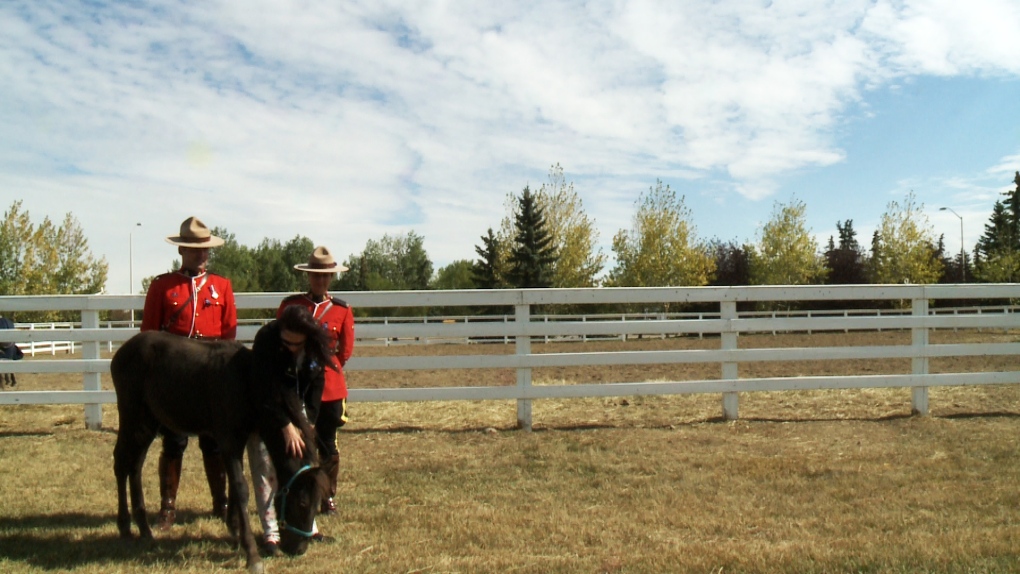 Frank the colt was named by the RCMP after fallen officer Cst. Francis Bertrand Deschênes, who was killed helping motorists in Sept. 2017.

RCMP members gathered together in Regina on Sunday to pay tribute to their fallen members.

This year, Constable Francis Bertrand Deschênes was added to the Cenotaph memorial wall. Cst. Deschenes was killed in New Brunswick on Sept. 12, 2017 while assisting motorists on the Trans-Canada Highway.

Officials say Cst. Deschênes death brings the total number of fallen members to 239 since the creation of the North-West Mounted Police in 1873.

The RCMP has also named a colt after Cst. Deschênes who was a former member of the RCMP Musical Ride.

Frank is a three month old colt who was born in Strathcona County, Alta. He’s part of the RCMP Mounted Riders Program, and will eventually be part of the Musical Ride.

Cst. Deschênes' wife was on hand to meet the colt on Sunday.