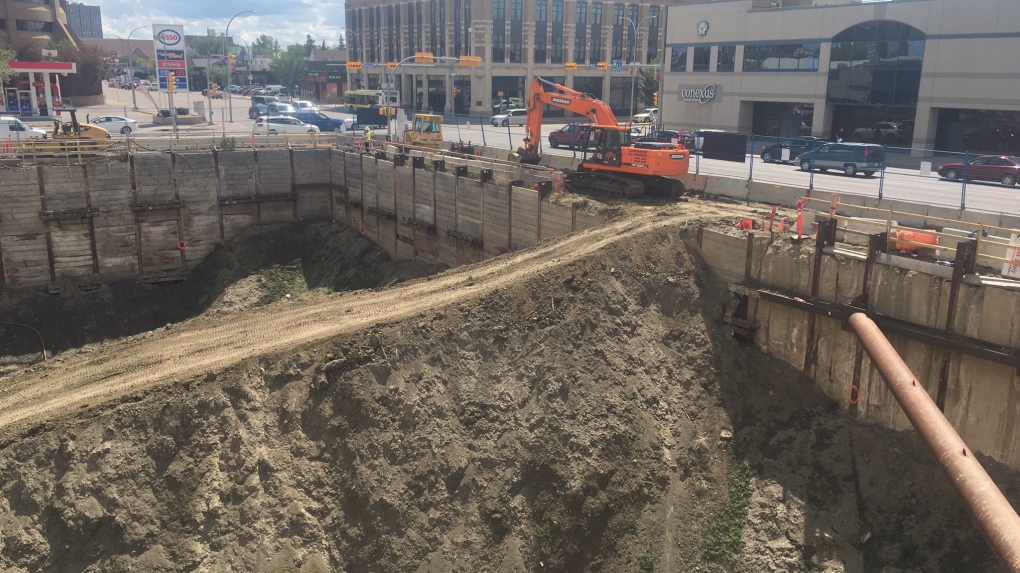 The Capital Pointe hole is now 70 per cent filled, according to the City of Regina.

Crews began working on filling in the hole at the corner of Albert Street and Victoria Avenue in June. The contract was awarded to CBS Contracting Ltd. for $2.6 million, along with a $390,000 contingency. The City says it plans to bill any expenses to Westgate Properties Ltd., the developer of the Capital Pointe project. The company still owes outstanding property taxes, according to the City.

According to the City, the hole will be filled to ground level around the end of August.

"Following that, there is other work to complete such as sidewalks, fencing, etc.," the City said in a written statement.

Unless there are any complications or weather delays, all work on the Capital Pointe hole should be wrapped up by early October.