COVID-19, vaccination efforts, restrictions and reopenings dominated the news cycle in 2021, but it also was a year of important conversations around issues like reconciliation and homelessness.

Here's a look at CTV News Regina's top stories of the year.

July 11, 2021 marked the end of all public health restrictions in Saskatchewan as the province reached its third vaccination target of 70 per cent of residents having at least their first dose.

Even mandatory masking lifted for a time, but was reinstated during the fourth wave. 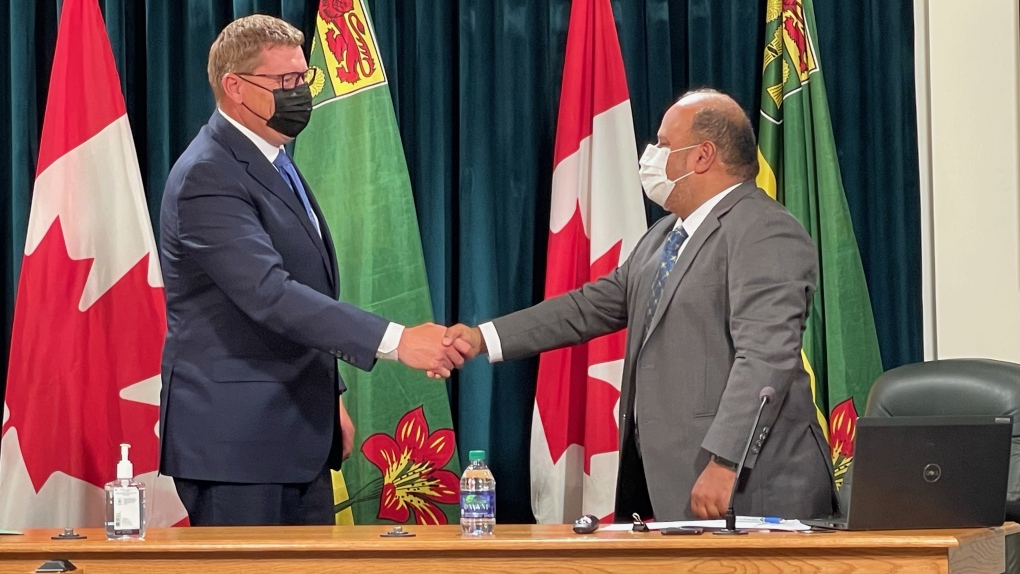 In the fall, Saskatchewan’s health care system was pushed to the brink as the Delta variant became the dominant strain of COVID-19 in the province.

The spread began in August, but the province was hesitant to reimpose restrictions or mandate vaccines.

Two weeks later, it resulted in Saskatchewan’s record high for hospitalizations with 356 patients being treated for COVID-19 on Oct. 6. Some intensive care patients had to be transferred to Ontario.

The government handed over control of the pandemic fight to the Provincial Emergency Operations Centre on Oct. 7.

Saskatchewan would follow suit with other provinces during the fourth wave in implementing a proof of vaccination or negative test policy for a variety of activities including dining in at bars and restaurants, using gyms, sporting events and more.

The province’s policy was implemented on Oct. 1. In the buildup, eHealth Saskatchewan faced pressure from its highest demand at any point during the pandemic as people signed up in preparation. 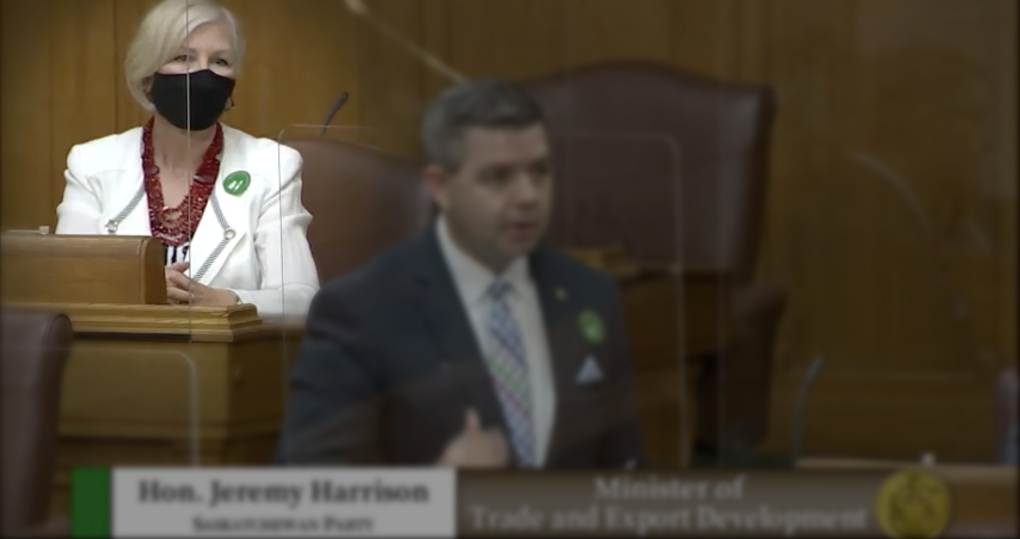 Saskatchewan Rivers MLA Nadine Wilson was pictured wearing a first dose COVID-19 vaccination sticker in the Legislative Assembly on May 14.

When the legislature resumed for the fall sitting with Oct. 27’s throne speech, Wilson addressed a rally protesting public health measures and proof of vaccination requirements.

Wilson continues to sit as an independent MLA.

Premier Scott Moe has since called for an end to the stigmatization of those who remain unvaccinated.

The Cowessess First Nation was part of a wave of discoveries at Canadian residential schools in June, when a ground-penetrating radar search identified 751 unmarked graves at the site of the former Marieval Indian Residential School. 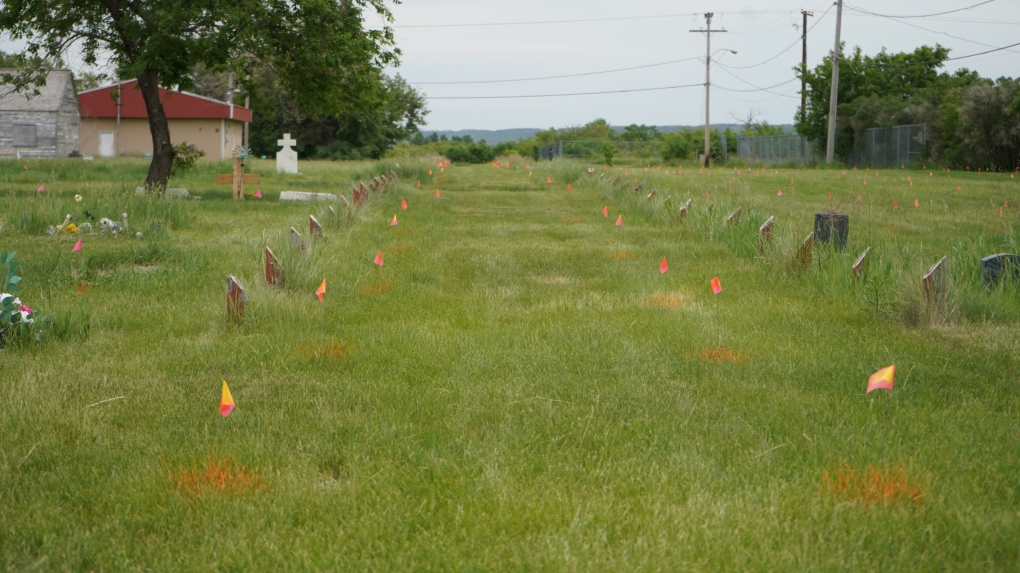 The discovery came in the wake of a similar discovery in Kamloops that kicked off a wave of renewed discussions around truth and reconciliation in Canada.

A similar search was conducted at the site of the former Lebret Indian Industrial School.

Const. Shelby Patton of the Indian Head RCMP detachment was killed in June during a traffic stop in Wolseley involving a truck police say was stolen. 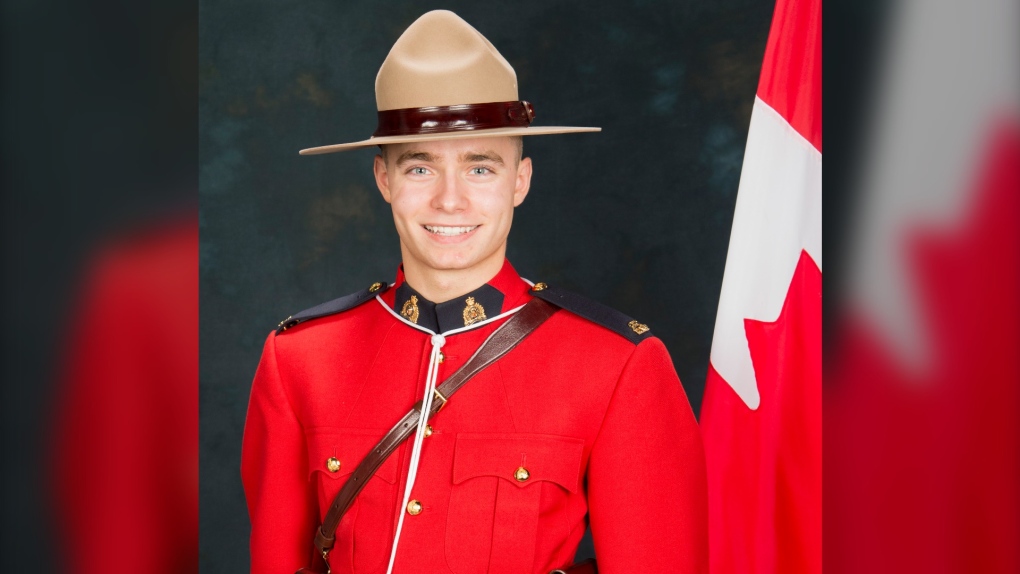 The two people in the vehicle, later identified as Alphonse Stanley Traverse and Marlene Velma Louise Pagee, both from Winnipeg, were originally charged with manslaughter before new charges were brought forward in November.

A Regina tent community and its rapid growth became a major driver of a conversation around homelessness in the city in the fall.

Camp Hope, originally formed as Camp Marjorie in Core Community Park, at one point had more than 200 residents living in the camp. 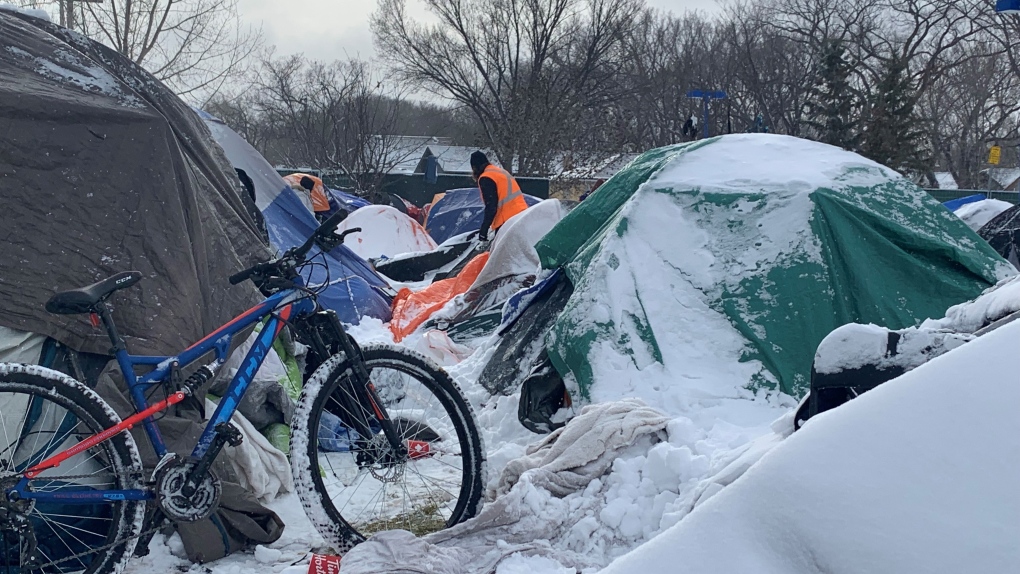 Camp Hope, an outdoor camp for those experiencing homeless, was taken down in November and moved to an emergency shelter. (Wayne Mantyka/CTV News)

With colder temperatures setting in, the city secured an indoor space for some of the camp’s residents in November. Many will continue to stay there through the winter.

2021 was a difficult year for many Saskatchewan farmers, faced with a drought described as the worst in decades.

Producers of both field crops and livestock were hard hit by the dry conditions, leading to the Saskatchewan government’s rollout of $119 million in funding to support cattle producers.

Saskatchewan voted to maintain a clean sweep for the Conservatives in the federal election, with all 14 ridings staying blue.

Saskatchewan lost an icon in 2021, when the “Dog River” elevator in Roleau as seen in the show “Corner Gas” was lost to fire. 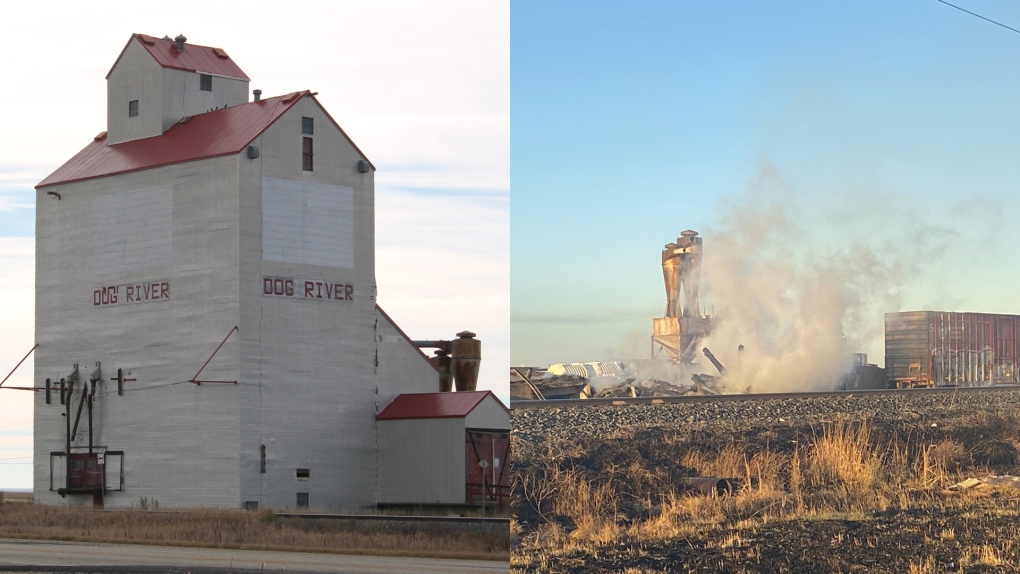 The 'Dog River' grain elevator located in Rouleau, Sask. is seen in this photo taken in 2016 (left). It was reduced to rubble in a fire on Nov. 5, 2021 (right). (Katherine Hill, Kayleen Sawatzky/CTV News)

The elevator lives on through the show, but marked another one of the Saskatchewan landmarks disappearing from the prairie horizon.

The year marked the return of several landmark events to the Queen City, including Saskatchewan Roughriders games, the Queen City Ex and Agribition.